3 Ways Being Featured on Product Hunt Helped Launch Our Startup

We launched Subbly just a few weeks ago. The plan was to soft launch without hitting the PR button and just begin working with the customers we already had lined up to use Subbly. It wasn’t long before we realized that it’s impossible to have complete control over a launch (such is startup life). Word quickly spread about Subbly and the problem we were solving leading to us being featured on a few small tech websites. Most notably though, we were featured by another new kid on the block: Product Hunt – the tech product discovery site also experiencing some positive press coverage at the moment. Like we said, we haven’t hit the PR button yet so we have nothing to directly compare Product Hunt to but what we can share is how being featured on the platform helped us launch our startup and what results we saw. (You can also view our slideshare version if you prefer).

Sods law rule no.892: when you want traction it’s a tough nut to crack, near impossible actually. Yet, when you are still embarrassed about the lack of features your product has and how much better it could be, the signups start rolling in. We experienced 284% growth in sign ups and nearly 400% growth in paying customers off the back of being featured on Product Hunt. It gave us a great problem… we were getting traction and our product was far from finished. For us that meant validation. We had a market fit and we now have paying users. It also showed us that the market is more scalable than we first predicted and importantly that there is very strong demand for an all-in-one subscription eCommerce solution like Subbly.

A by product of the traction we received. We now have the added responsibility to our customers to build the product based on their requirements. When we soft launched we didn’t even have a feature request option (amateur right!?). But after a flood of emails arrived in our inbox we quickly set up a feedback button and forum. And so here we are, gaining invaluable feedback from our customers and iterating product and releasing new features like nobody’s business. Thanks Product Hunt, you gave us the rocket up the backside we needed!

All of a sudden emails began arriving in our inboxes. VC’s, angels and accelerator programs from all around the world are interested in learning more about Subbly. In fact a special message to VC’s: if you are listening, please stop calling us so we can actually focus on improving our product, contact us in a month! On a serious note though, this has allowed us to begin conversations with interested parties over the next few months. Inbound inquiries saved us an awful lot of time riding the tube around London, New York and San Francisco and has actually allowed us to begin these conversations without neglecting product, which is our main priority right now.

We won’t be 100% sure of how our Product Hunt coverage will compare to the other usual channels such as Hacker News and TechCrunch but we are sure that by the time we officially hit that PR button we’ll be better positioned to take advantage with a better product. 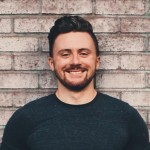